Being part of The HR Dept means I am able to offer tribunal insurance to my clients - something I couldn't have done on my own!"

At the end of 2018, Lee Monroe became our licensee for The HR Dept Abergavenny, Brecon, Blaenau Gwent & Cwmbran. 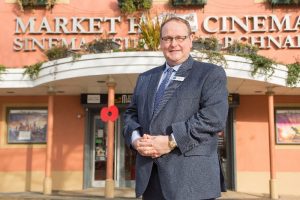 We’d like to extend a warm welcome to Lee, and we took the time to catch up with him so he could share his background with our network.

Have you always worked in HR?

“When I left school, I worked mainly in customer facing roles in retail, leisure and media. It was only 16 years ago that I became more familiar with HR.

“Back when I started work in the late 80s, we didn’t have HR managers or even an HR department. Business owners/managers just dealt with their staff as they wanted. In some situations, it wasn’t nice. So when I became a manager at a young age, I wanted to be different and treat people as I wanted to be treated… with respect.

“It was when I was employed as a department manager by a major UK retail company back in 2002 that I became aware of HR, or personnel management as it was known then. I quickly understood that there were rules, policies and procedures that had to be followed.”

So when did you make the switch to specialise in HR?

“During an appraisal, my first “personnel manager” mentioned that both the store manager and she were impressed with how I managed to keep my team engaged through a new store opening. And also that I’d had completed all training and appraisals with them. I was encouraged to learn more about the personnel function with her. The rest is history!”

What has been your biggest challenge since working in HR?

“We are often involved in making difficult decisions based on the facts/evidence that we have in front of us. I found it very hard in the early days not to take things personally. After all… even HR professionals are human!”